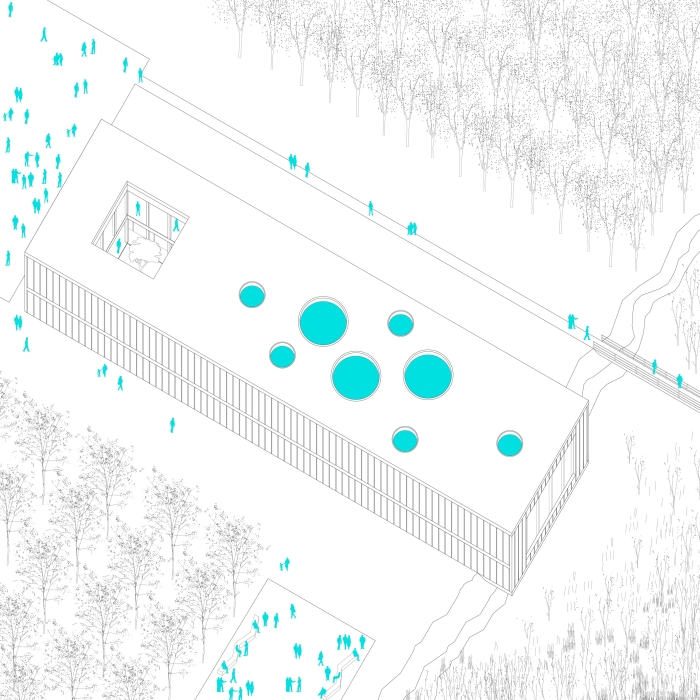 The university Camilo José Cela is located a few kilometers from Madrid in a very natural and green area with few houses. The campus of the University presents large spaces and areas equipped for leisure, study, and sport. There are, however, some problems such as inconvenient routes, the lack of clarity of the connections between the locations and abandoned areas. We analyzed the site and we tried to propose a new alternative with more defined and better-organized spaces.

The aim of the project is to imagine a new campus trying to create a stronger connection with the natural context and to rethink the use of the space. The main idea of the proposal is to create various bands perpendicular to the road. Each band is composed of various buildings with recognizable and plastic shapes, interspersed with trees and divided by paths that end with bridges that cross the brook and descend gently. 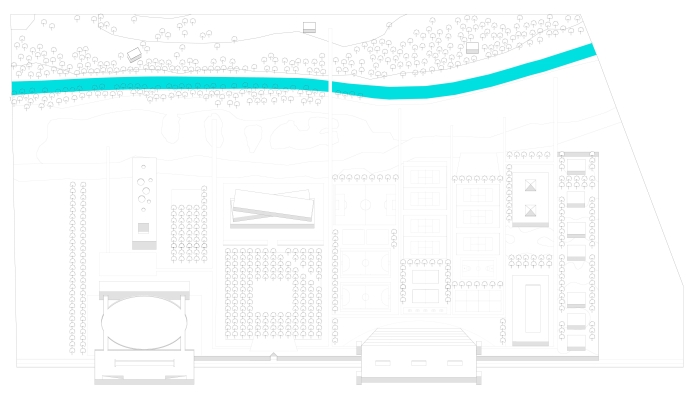 From the idea of an imaginary campus, we moved on developing the university library. The Galaxia Library was conceived as a linear series of spaces with different uses and characteristics, divided by filters. The central part is composed by a large double-height area with a gallery on the perimeter and in the middle, three large circulars raised structures designed as a study space, with shelves all along the border. On the ceiling, large circular oculi are opened giving light to the library. At the same time, the u-glass walls let the light come in softly. The last part of the building is embossed with a window looking towards the woods.